The accomplished artist and musician, also of Macassan descent, said his family made him aware of his ancestors’ long-standing trading relationships.

“Just through the songs and stories of my family, [I learned] that there is a connection with the Macassans that goes back 400 years,” Mr Pearson told SBS Indonesian.

However, he said many Australians and Indonesians do not realize how strong and deep the ties between the two countries are.

Commonly known to Indigenous Australians as the Macassans, sea traders from Makassar on the Indonesian island of Sulawesi had reached northern Australia by at least the 18th century.

Navigate by by Pinissi boat, the Macassans came to fish and trade with the Yolngu people in sea cucumbers, which they called trepang.

Over time, the presence of the Macassans influenced the language and way of life of the Yolngu people, and there is evidence that they brought metal to Australia and participated in intermarriage.

The Pinisi (or phinisi) boat is a type of two-masted schooner built by the Bugis of South Sulawesi. The Macassan people sailed with him to Arnhem Land in the Northern Territory in the 1700s.

This close relationship between the two nations is still reflected today in the culture of the Yolngu people.

“Yolngu actually documented those visits and created songs about them, and dances, and it became part of our culture,” Pearson said.

These dances were performed at an event called “Centuries of Friendship” held in Sydney on Saturday.

Organized by the NSW Indonesian Community Council with support from the Australian Arts Council, the event celebrated the relationship between the Yolngu and Macassan peoples through a showcase of song, music and dance.

“Some of the dances were about some of the objects they [Macassans] brought,” Pearson explained. “So things like garlic cloves, cloth – they gave us different colors – also tobacco, tamarind and other things. 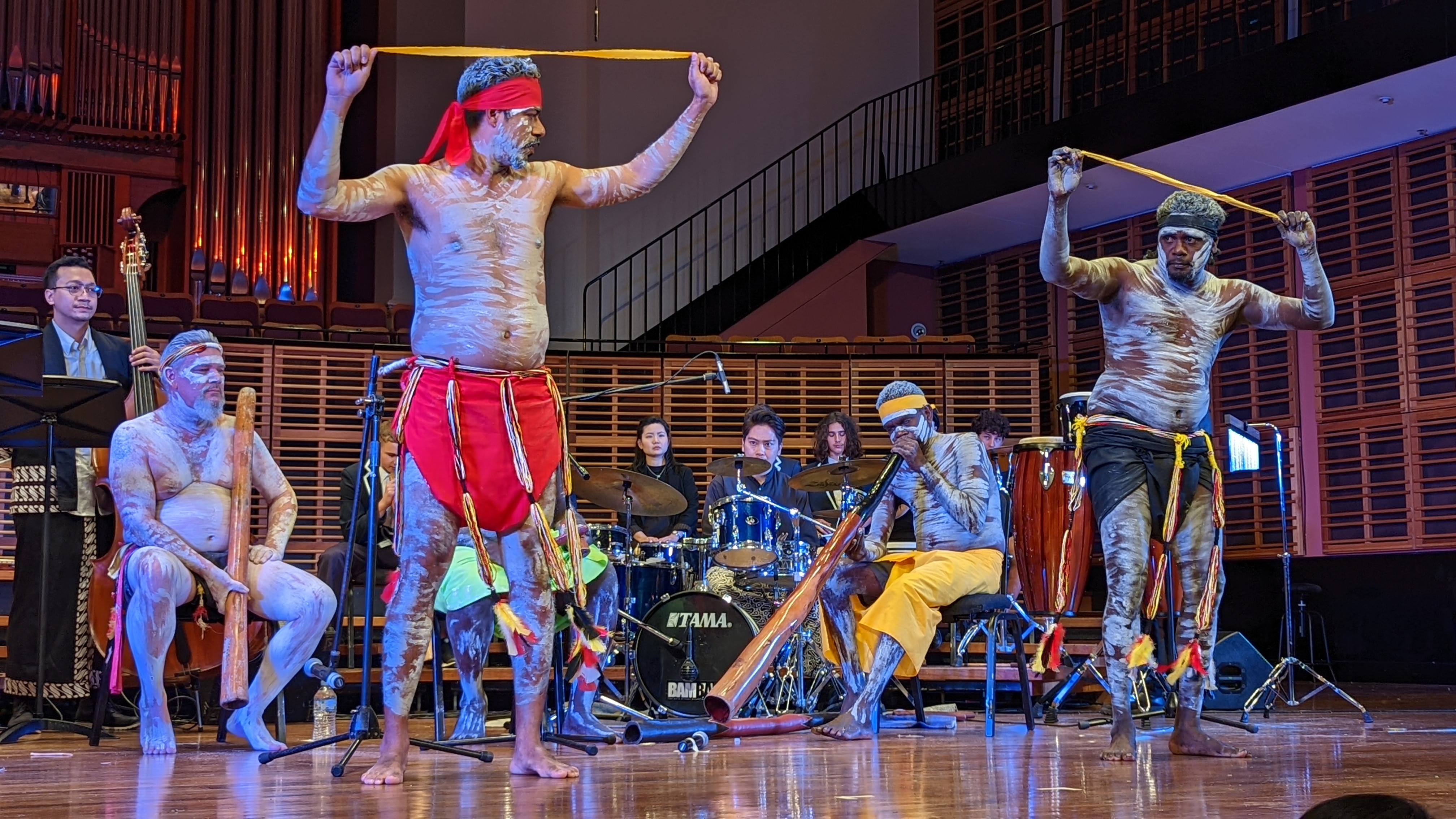 In attendance was Makassar Mayor Mohammad Ramdhan Pomanto who called the celebration “special” as it continues the strong bonds that have existed for over 300 years.

“And nowadays, collaboration, adaptation and unity are part of the spirit to move the world forward in general, and to move forward the two countries and the two regions that have been interconnected for a long time,” said the mayor.

He brought with him performers from the Anging Mammiri Foundation of Makassar whose performance earned thunderous applause from the audience gathered in Verbrugghen Hall at the Sydney Conservatory of Music.

Talking about how to strengthen business ties these days, Mr Pomanto said he had recently held talks with Northern Territory MPs. He also added that his city will host the NT trade delegation in October this year. 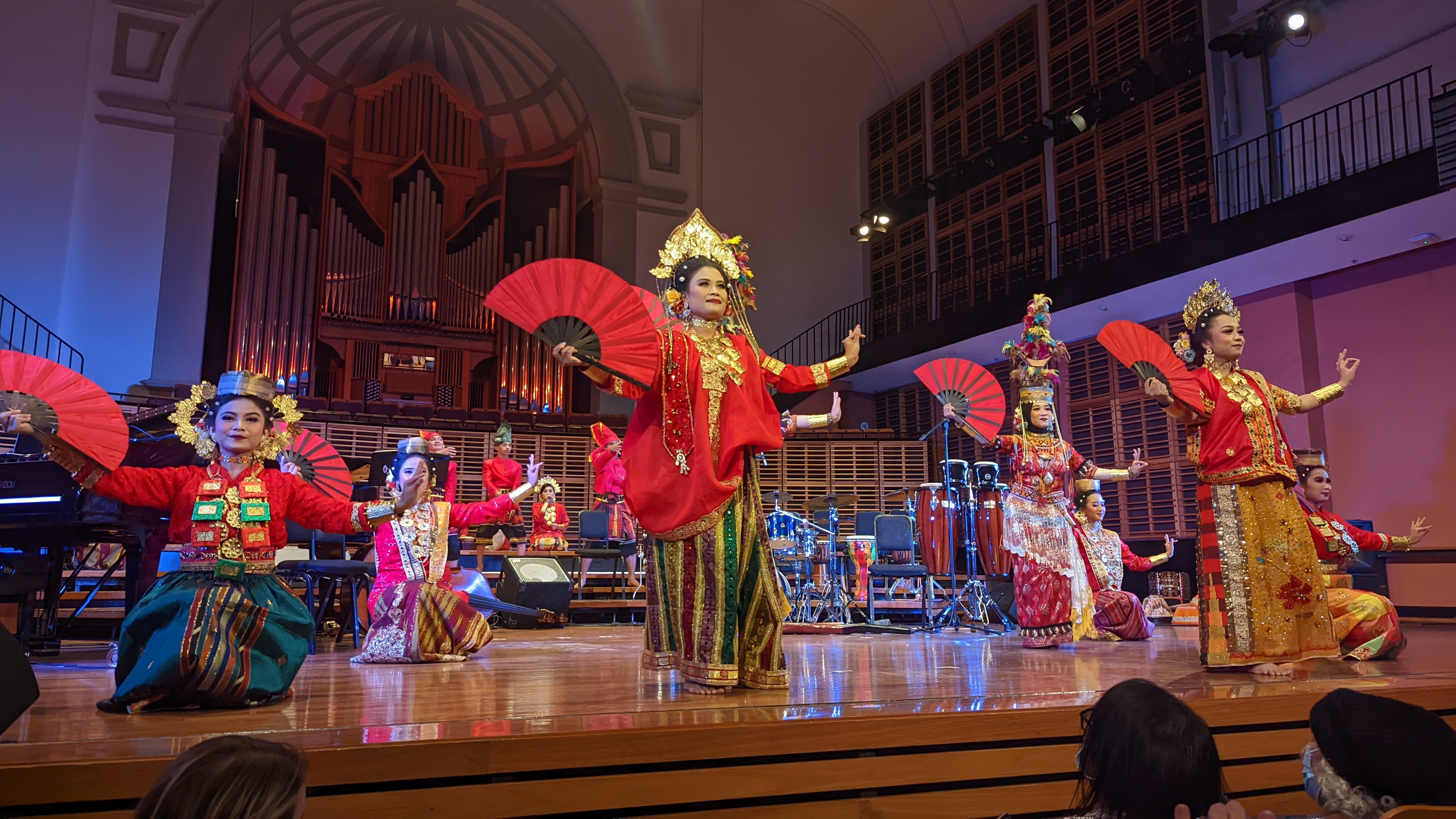 Ms Burney said the trading relationship between the Yolngu people and the Macassans marked the beginning of the Aboriginal peoples of Australia’s north coast interacting with the outside world.

“It laid the foundation for people-to-people contact and is the very heart of Australia’s relationship with the people of Indonesia and the friendship between our two nations,” she said.

Ms Burney also mentioned that the timing of the event could not have been better as Australia was celebrating the end of NAIDOC week. 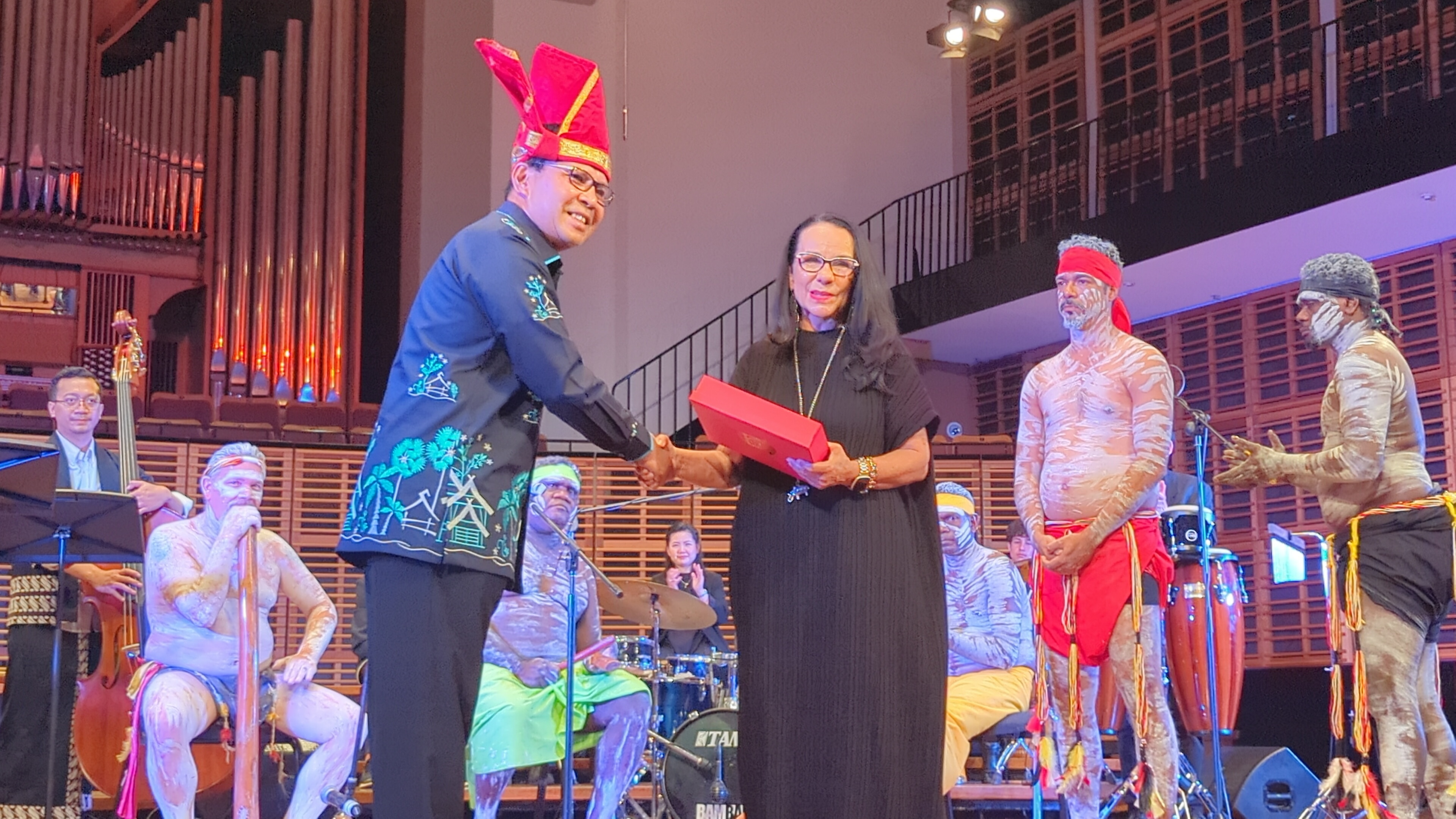 Reflecting on the event, Mr Pearson said it was important that the close relationship between the two nations continued so that it could be passed on to the next generation.

“I think by doing more of these things it creates stronger relationships not just with the Yolngu people and the Macassan people, but with Australia as a whole,” he said.

It’s about educating people that there is a story that has yet to be told. It’s a part of our culture and always will be.